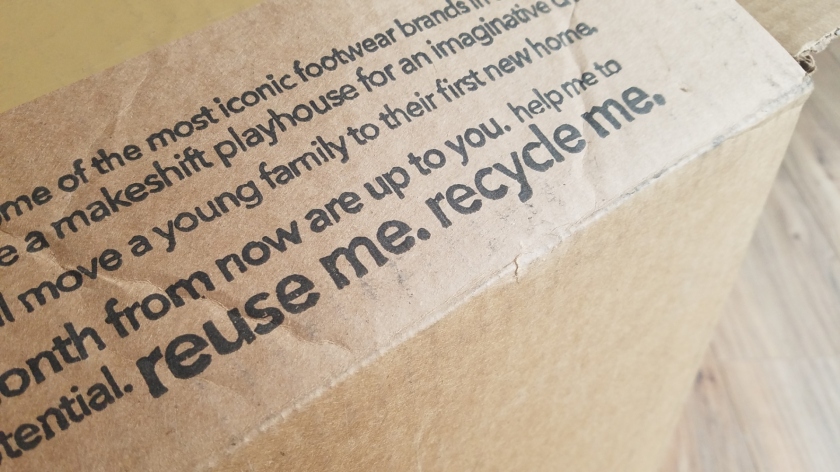 It’s never been a secret that Gary’s always had a thing for cardboard boxes of all shapes and sizes, but this one was different.

This cardboard box has a special kink.

At first Gary was taken aback to learn that printed on the top of this box was the demand for it to be reduced, reused, and recycled. Gary had never even considered doing those things with a cardboard box before, no box had ever asked. It felt…dirty.

Not wanting the box to think he was inexperienced, Gary’s mind started racing. How would he reuse this naughty little box? Would he fill if full of gently used sports equipment and keep it in the basement for days at a time? Or would he cram it full of packing peanuts and the Kitchenaid mixer he bought for William and Jan’s wedding shower? Gary did recall that they mentioned they were looking for a third.

Or would he separate the box’s flaps, cover it in Saran wrap and duct tape it into his busted car window?

Or, would Gary do all three? Oh, fuck yeah.